During the evening of 22 June Professor Doctor Lachy Patterson, Head of Maori and Indigenous Studies at Otago University, gave the following illustrated address to Society Members and other interested members of the public. 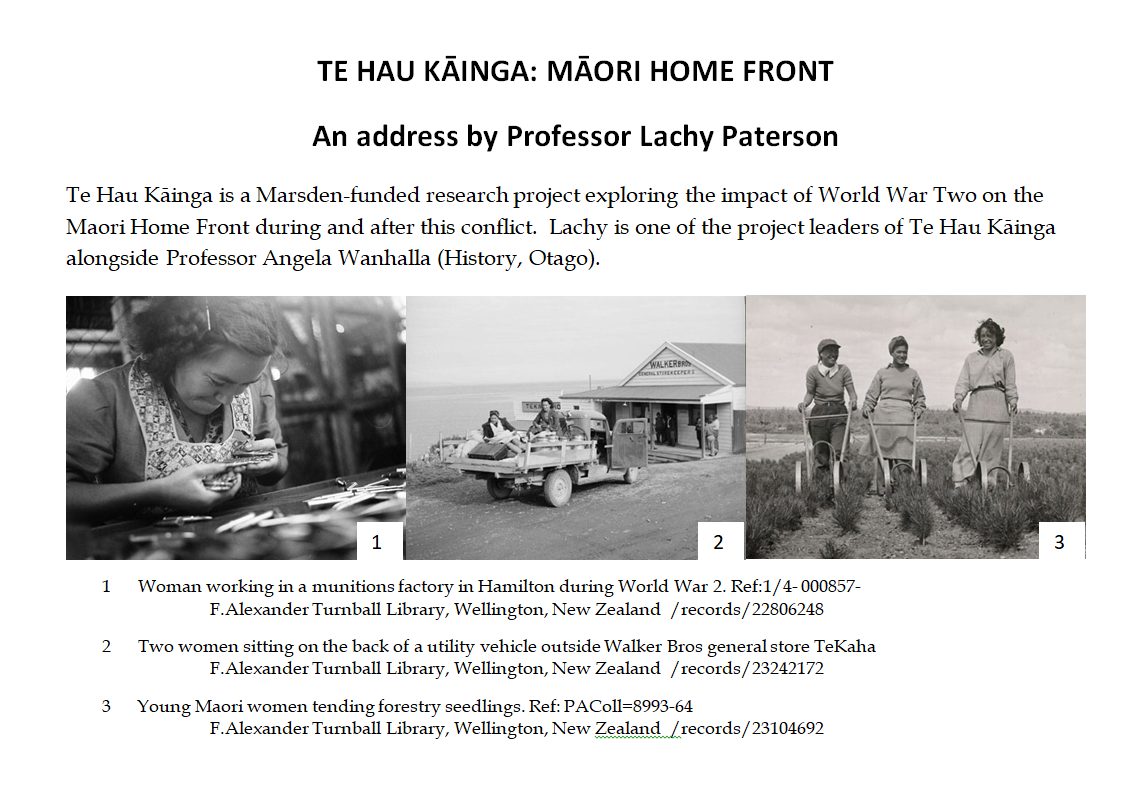 His talk focussed on such things as the preparation of food parcels for the troops overseas, Maori women stepping up to work within industry and on the land producing food for export.

He commented on the reducing influence of religion especially Ringatu and Ratana during this war period and also the accelerated urbanisation of Maori youth that had started prior to WWII.

Dr Patterson suggested that after researching locally he had found relatively little changes to the local ways of life but was pleased to notice that there had been exciting and significant celebrations of the centenary of the Treaty of Waitangi signing within the Whakatane district during 1940.